Students can participate in debates and discussions about real issues affecting the world.

From questions such as the ‘question of child soldiers’ to the ‘question on the implementation of driverless cars’, the team are tasked with representing the views of their assigned country.

Model United Nations (MUN) is an academic simulation activity in which participants assume the role of national ambassadors to debate and seek to solve global issues. To be successful, delegates must have a precise attention to detail when constructing and analysing resolutions, a secure grasp of rhetoric to ensure their country's views are heard and an ability to work collaboratively.

Gordon's is one of only  a handful of  state schools in England to participate in MUN conferences and has a strong record of success at national level having been awarded numerous 'Outstanding Delegate' prizes. Gordon's delegates are continuously striving to expand and improve their skills and always welcome new members to come and join the action.

In 2017 Gordon's hosted a MUN Conference and its second conference in February 2020. Please see Gordon's MUN website for details of the event. 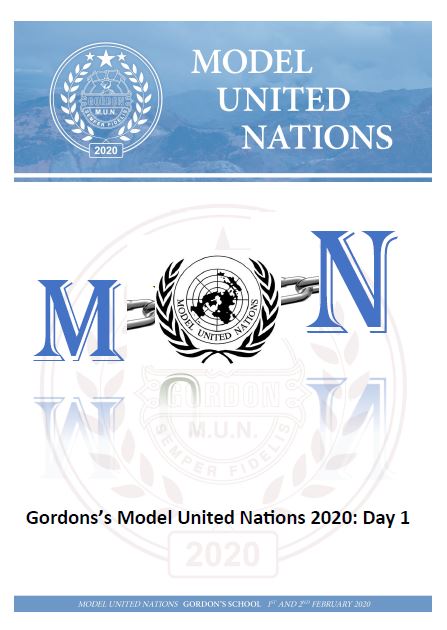 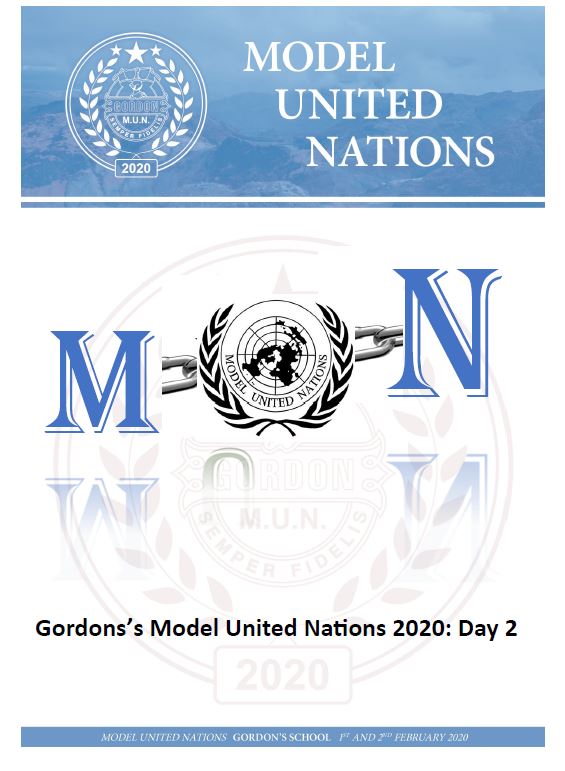