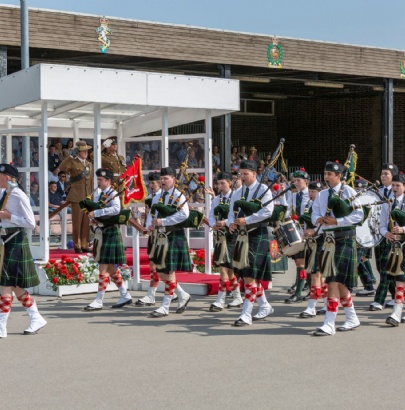 Members of the Gordon’s Pipes and Drums Band today became the first non-military band to take part in a Parade at the Army Training Regiment, Pirbright when they played at the Passing Out Parade this morning. They joined the band of the Royal Logistic Corps for the passing out of Troops from Morley and Dalton.