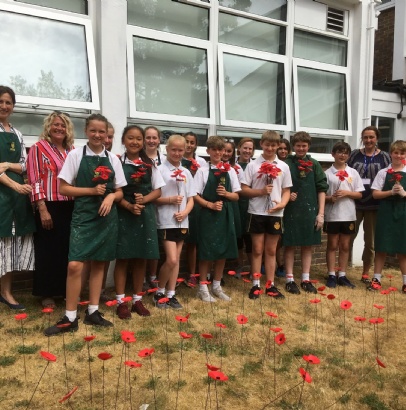 A symbol of remembrance the world over, the poppies made today by Year 7s at Gordon's have an extra special meaning for those at the school. For each one of the 700 plus has been inscribed with the name of a Gordonian that was killed in the First World War. This year marks the centenary of the end of the First World War. The Gordon's poppies will be ‘planted’ next to General Gordon’s statue on the Front Field in the lead up to Remembrance Day and the Parade, which takes place in November.