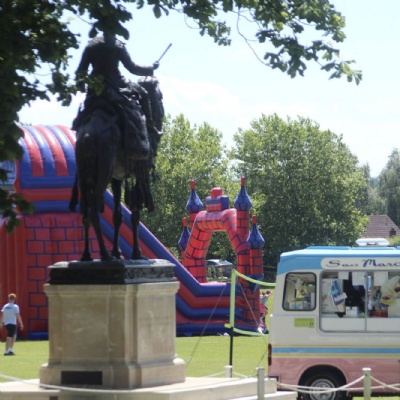 After a few years of inclement weather, the sun finally shone for 2017 and the Patron’s parade and GSPA Fun Day were a great success.

We hold the Patron's Parade and GSPA Fun Day every year. Originally the Parade in June was the Old Gordonian’s Parade and old boys and ex-students returned for the AGM, a Chapel Service, tours of the school and a chance to watch the Parade. Last year this was changed so that the Old Gordonian’s are now invited to return to school for Annual and the Parade was re-named the Queen’s Birthday Parade, as it was such a special year for our Patron. This year it was called the Patron’s Parade and the inspecting officer was Major General Tim Sulivan. 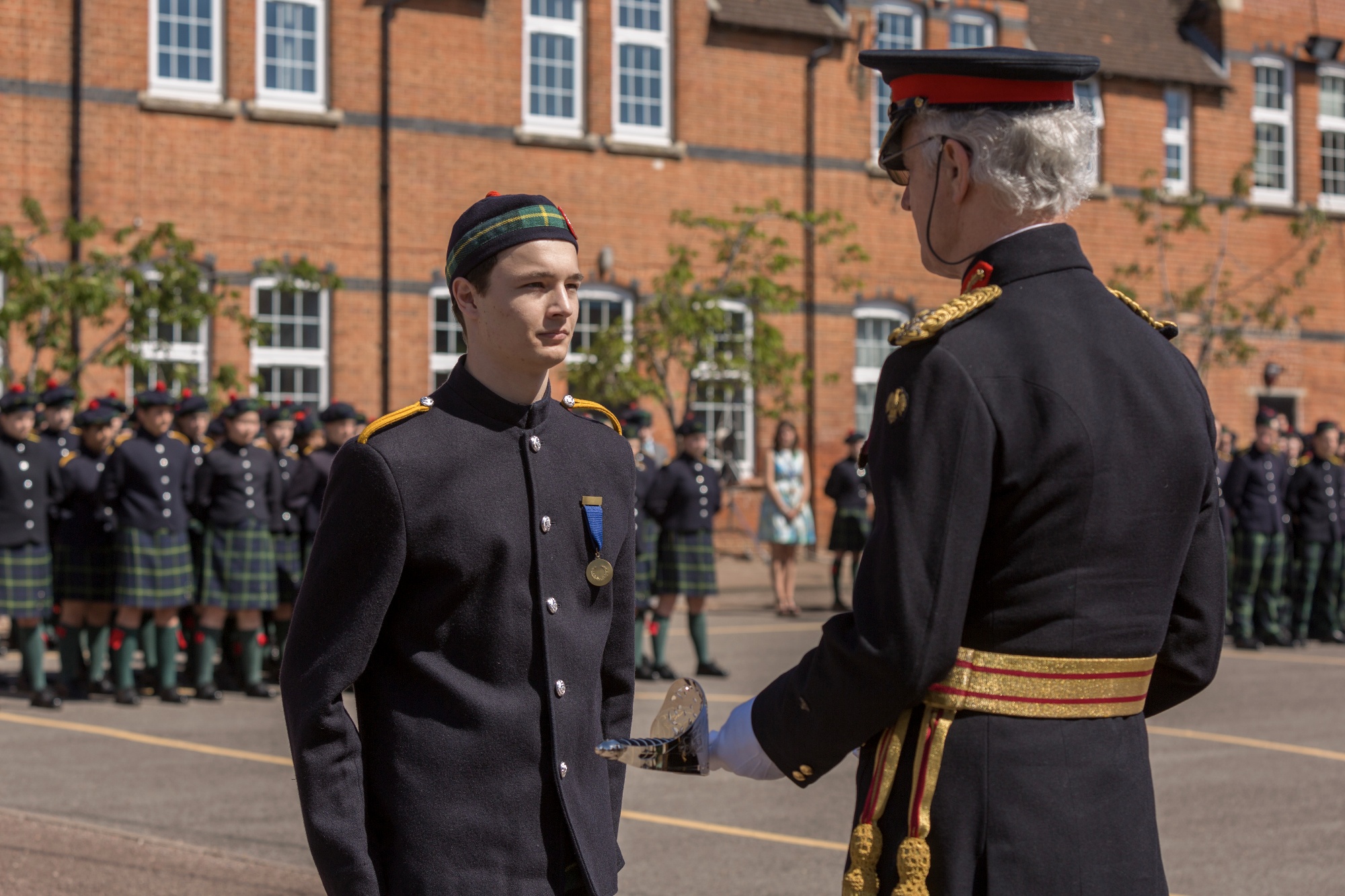 One of the highlights of the parade was James Kennett being presented with a Sword of Honour and the Gardiner Award. The Patron's Sword of Honour was purchased last year with a grant from the Patron's Fund, to celebrate Her Majesty's 90th Birthday. The sword is then presented at the Annual Patron's Parade to the best Senior CCF Cadet. The Gardiner Memorial Award has also been introduced this year and accompanies the sword. It is in memory of Daryl Gardiner who was an ex-student in Sandringham and was killed on active duty in Afghanistan while serving with the British Army. His family wanted to introduce the award in his memory, and Robert Ames, the father of two ex-students, was also instrumental in setting the award up and is arranging the parachute jump.

Daryl was a keen skydiver and hence the recipient of each award will be invited to take part in a tandem parachute jump with the REME parachute team. This year, that will be taking place on the 25th of August at Netheravon during the Armed Forces Parachute Championships.

Along with Parade we also hold the GSPA Fun Day. Traditionally, Fun Day is organised and funded by the GSPA with 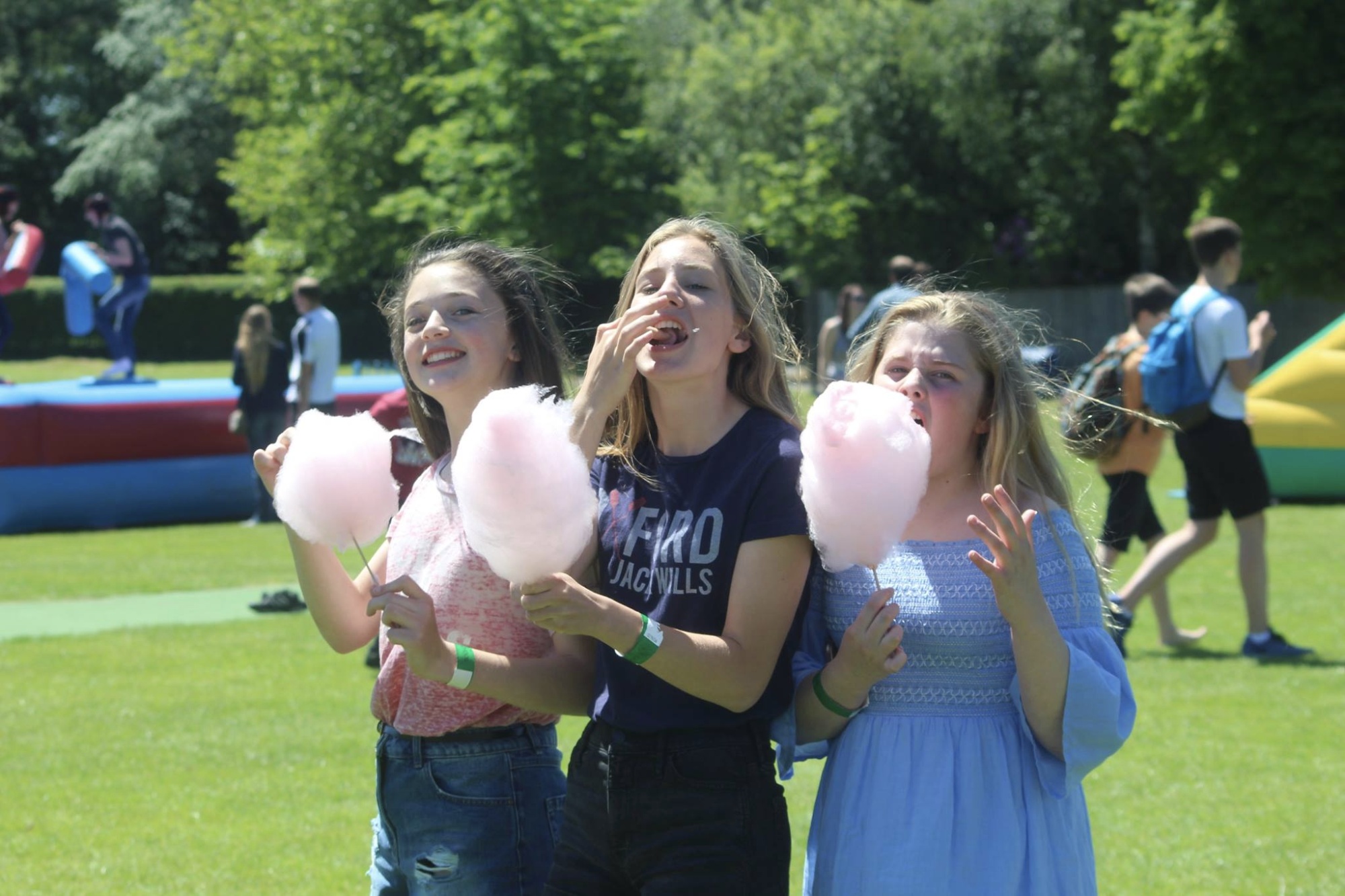 supervisory help from staff to give all the students of the school a fun afternoon. Various inflatables and other activities are hired and set up, there is an ice cream van, candy floss and a barbeque lunch. All is prepared before the Parade in the morning and then the fun begins. Siblings and family friends can also attend, making it a great day out.

At the end of the afternoon the students returned to their houses or homes slightly sunburnt or wet from the water slide with tales of their adventures as sumo wrestlers, how long they survived the water tank, whether they stayed on the bucking bronco and so on, everyone in their own way having had a great day.

Without the maintenance team, catering, staff and Sixth Form helpers on the day, Fun Day would never happen, but it is the fundraising and organisation of the GSPA that makes it possible and the school is very grateful for another wonderful Fun Day.

View the photo gallery from the day here.