We let students have their say in the Gordon's General Election, and the results are in...

After weeks of campaigning, including taking part in a whole school hustings, on the 8th of June 2017, each candidate was able to present his or her key messages to the whole school. In Chapel, the party leaders talked about what would benefit us in the future and why we should vote for them. To get more votes some of the candidates mentioned the disadvantages of other parties. Oliver Henderson went so far as to don a red tie, whilst Tia Jasani came down from the pulpit and wandered along the aisle to prove that she was speaking from the heart.

At 10:30, Gordon’s school polling station opened, within a few seconds a crowd of people had come towards us with their polling cards. Overall, 632 votes were cast which represented a 90% turnout.

The results were extremely close. The Green Party took a surprising third place with 167 votes (perhaps something to do with their promise of a four day week!); the Conservatives came second with 178, meaning that, with just 17 more votes, Oliver Henderson led the Labour Party to victory with 195 votes.

If only the real election was as simple! 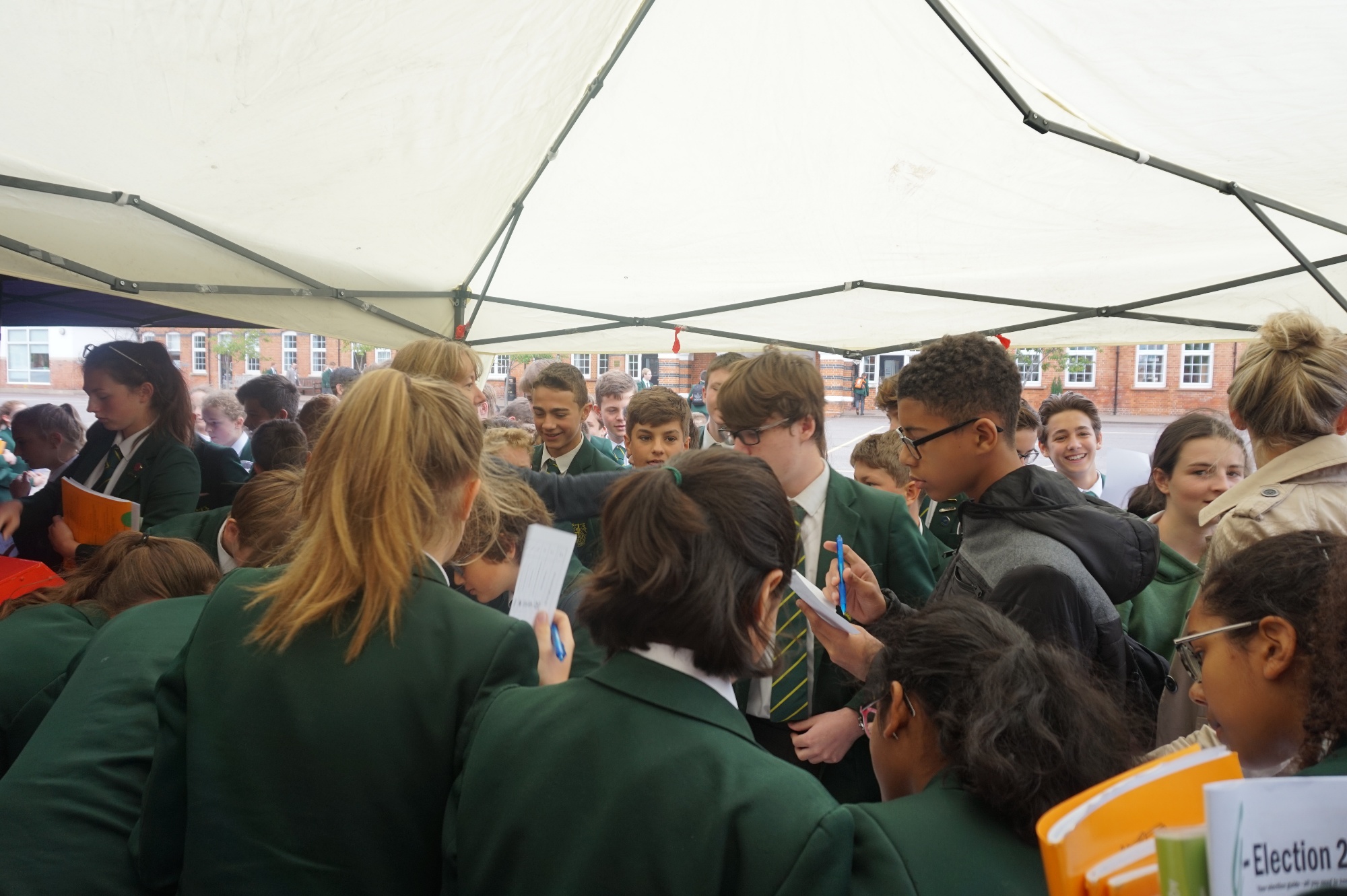