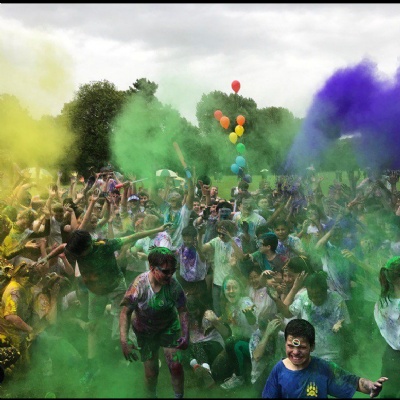 Well done to our Pride+ students who organised Pride Week and helped with the Colour Run. It's been a huge success.

Yesterday (18th May 2017) our students took part in a colour run as part of our Pride Week.

This week we held a week of activities, organised by students, to raise money and awareness for LGBT+ inclusion charity ‘Educate and Celebrate’ who aim to ‘make schools and organisations LGBT+ friendly’.

It's been the first of its kind at Gordon’s, following on from a series of programmes designed to build confidence, self- 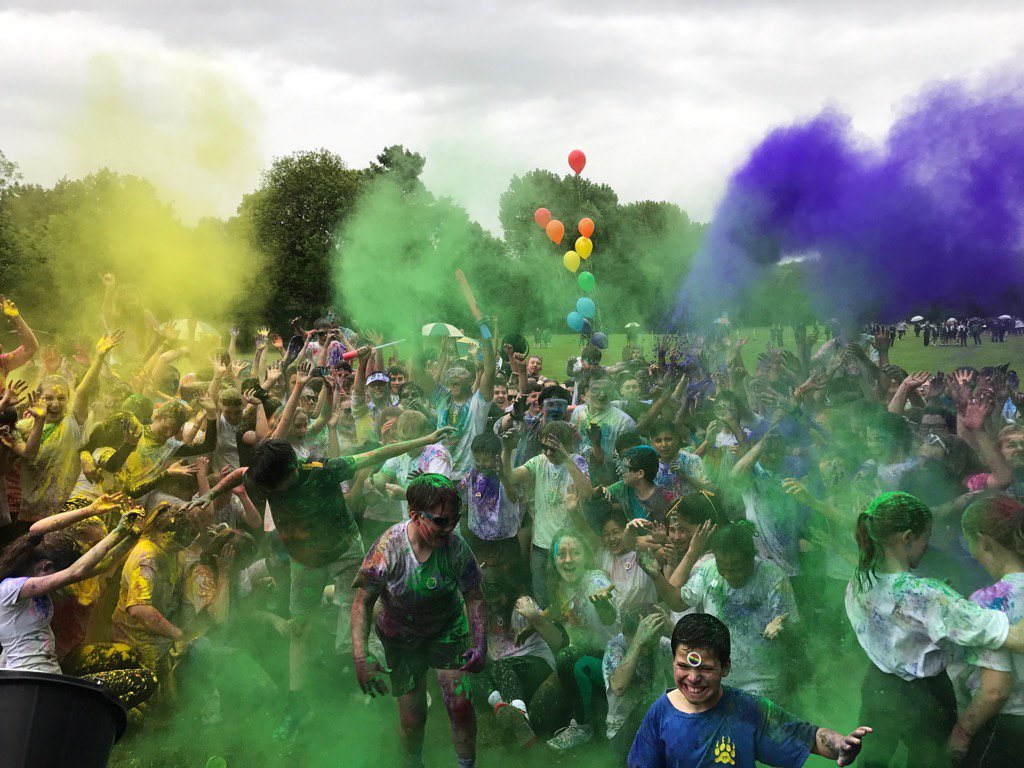 esteem and acceptance among the students.

Organised by our Pride Youth Network team, self-named PRIDE+ and headed up by Ms Sarah Maslen, our  LGBT+ Inclusion and Welfare Officer, the Week has raised an estimated £2,000 for the charity through lots of different events, all created by students for students.

As part of this week, we held a colour run for the charity yesterday evening, where students could participate in a run on the back field, whilst teachers threw coloured powder at them. The coloured powder was specifically coloured to represent the pride colours (red, orange, yellow, green, blue, purple, with added pink for fun) and were specifically non-toxic, eco-friendly powders.

Despite the inclement weather, the students had great fun running in the rain, with every student saying it was the highlight of the week; staff also commented as to the success of the event.

Jess Brimfield, a member of the Pride+ team, said "The week was all about inclusivity for all, which was great. The highlight of the week was definitely the colour run." 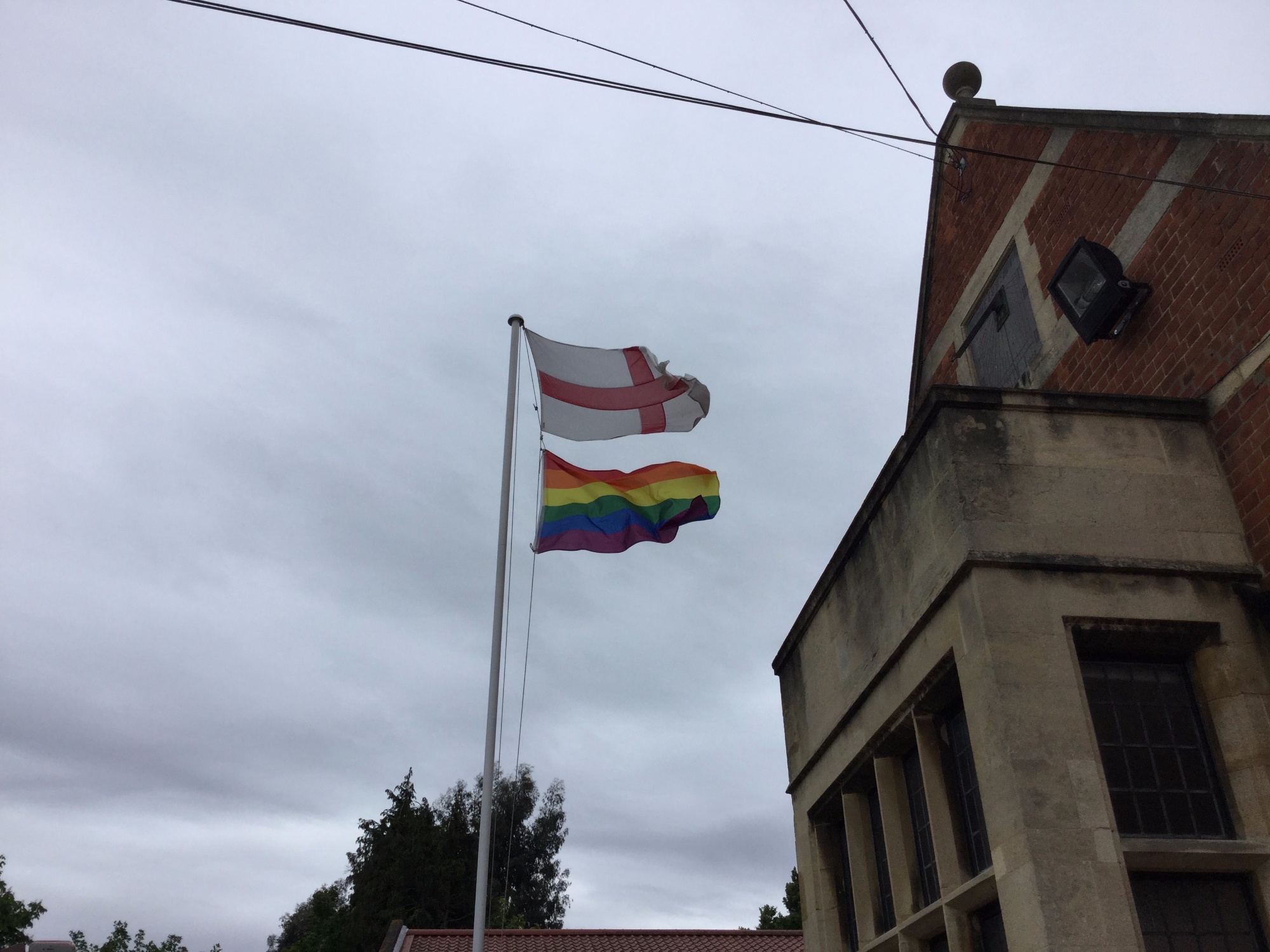 her activities held during Pride Week included: selling rainbow laces and badges, the students baked rainbow cakes and decorated biscuits relating to different LGBT+ groups. The students also wrote what they were proud of on a giant blackboard and contributed to a large mosaic, which will be a lasting reminder of the week. There was also a movie night to conclude where students watched either Imitation Game or Finding Nemo. Throughout the week two rainbow flags could be seen flying in the school.

Several members of staff also participated by creating a short video exemplifying diversity.  The video, showcased during assemblies to launch the week, was made by members of staff and involved them all answering simple questions on preferences e.g. their favourite day of the week, what they are afraid of, their favourite film, to prove that despite different preferences and beliefs, ultimately love is a uniting force.

Ms Sarah Maslen said, “We’re already a leading school in inclusion and equality, our policies are constantly changing to combat discrimination and bullying of any kind. However, instead of simply pulling up PowerPoints and reading off paper we’ve planned a week of fun, inclusive and exciting activities to involve and engage the whole school.  We aim to raise as much money as possible for ‘Educate & Celebrate’ whilst moving away from heteronormativity and working towards understanding and acceptance of all within our community”. 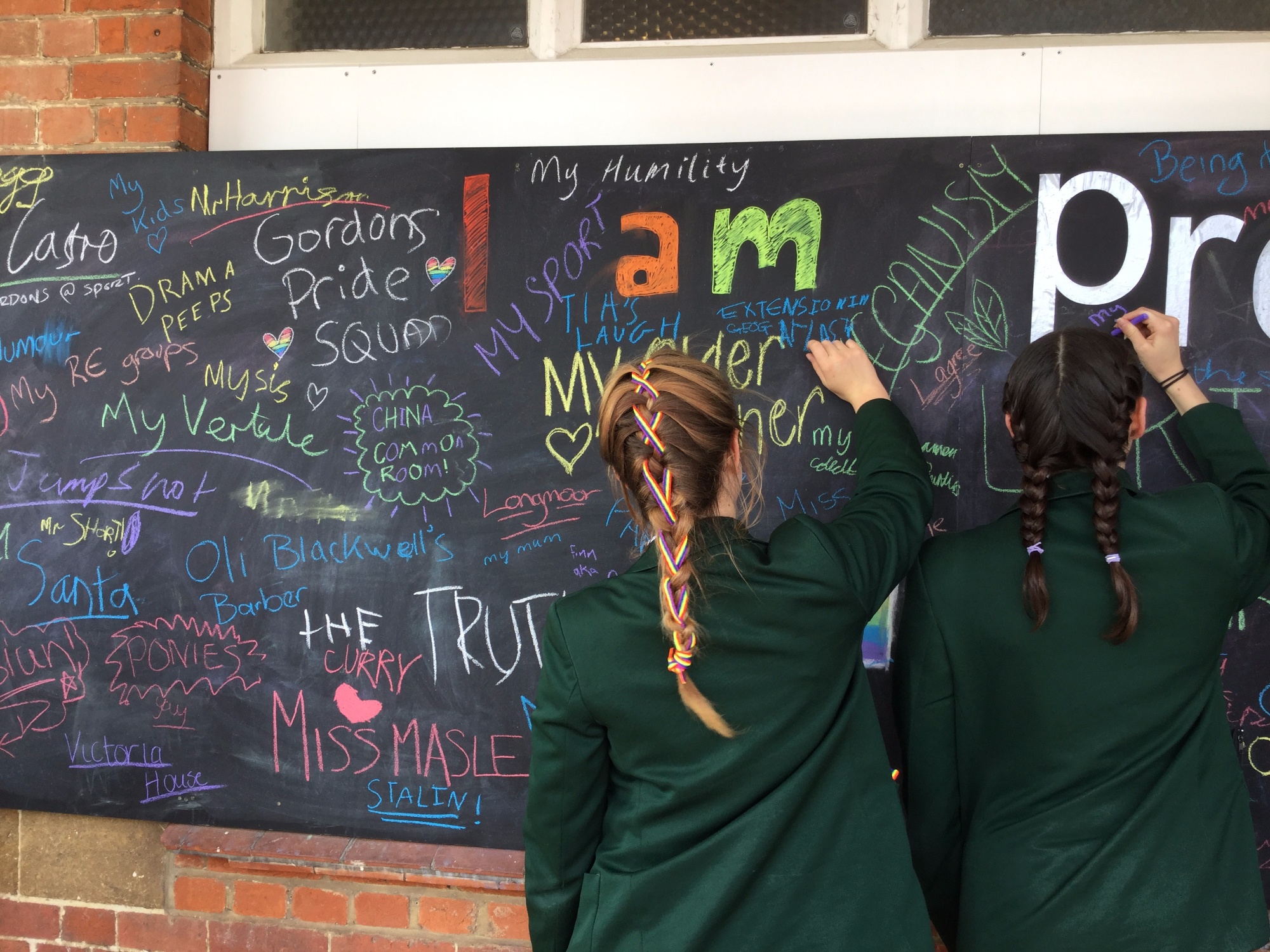 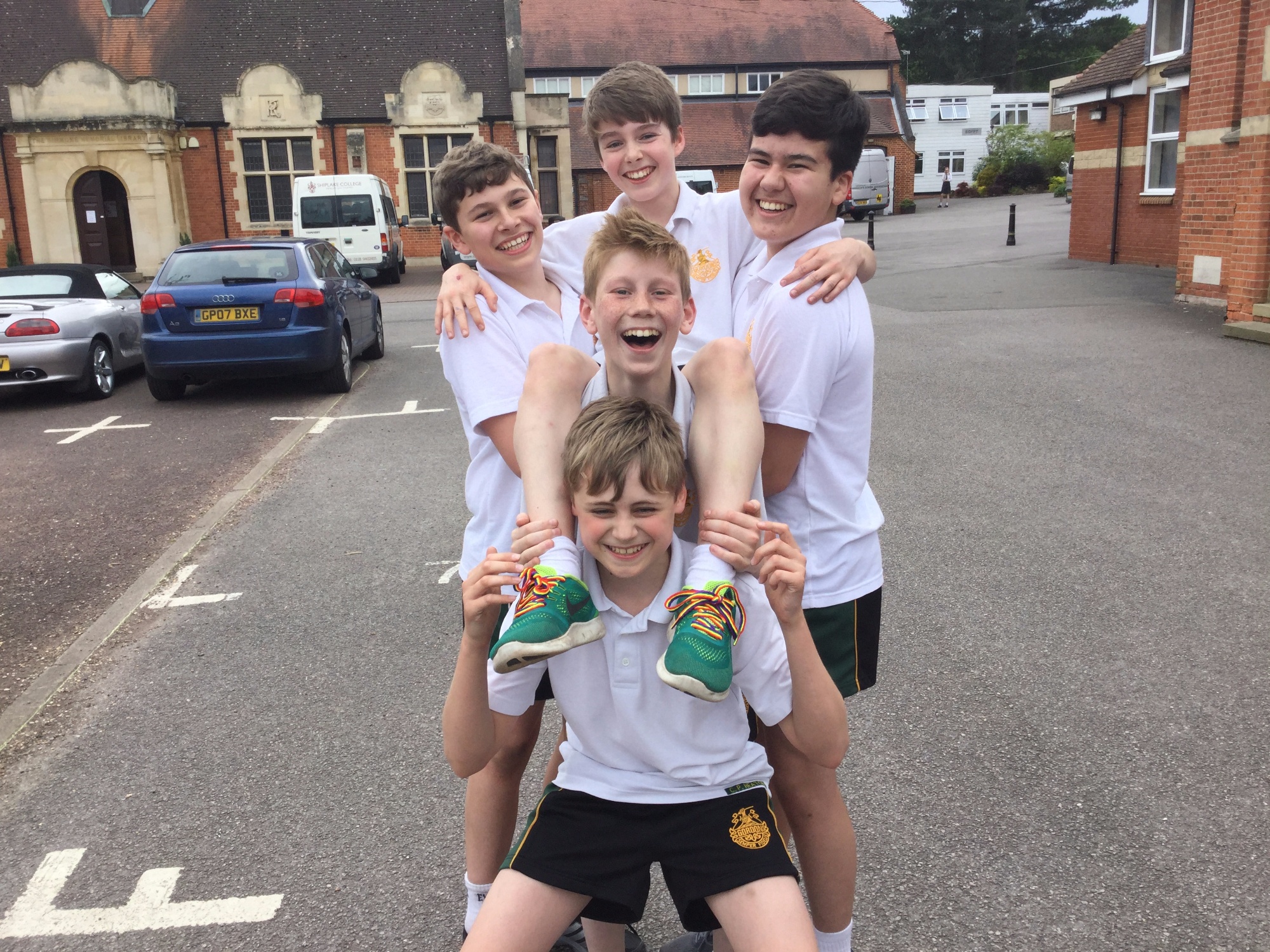 Pride+ was set-up in January and two students attended specific training, from Educate and Celebrate, relating to the group. The proactive team comprises of over 30 students from across the School, and meet weekly to discuss different ways of ensuring the School is inclusive and accepting for all, especially LGBT+.

National studies have shown that LGBT+ Youth are highly vulnerable and at risk, with alarming statistics relating to suicide and self-harm. However, we have also used Pride Week to talk about other issues relating to inclusion and acceptance, regardless of gender, race, religion, culture and so forth, as well as building a “bounce don’t break” culture and discussing mental health as a whole.

The Pride+ team is now considering what else they can do around the School and have already started planning events for next year.