A team of young entrepreneurs from Gordon’s School 'Team Girl Up' has won the South East Regional Final of the 2017 Mosaic Prince's Trust Enterprise Challenge Competition. 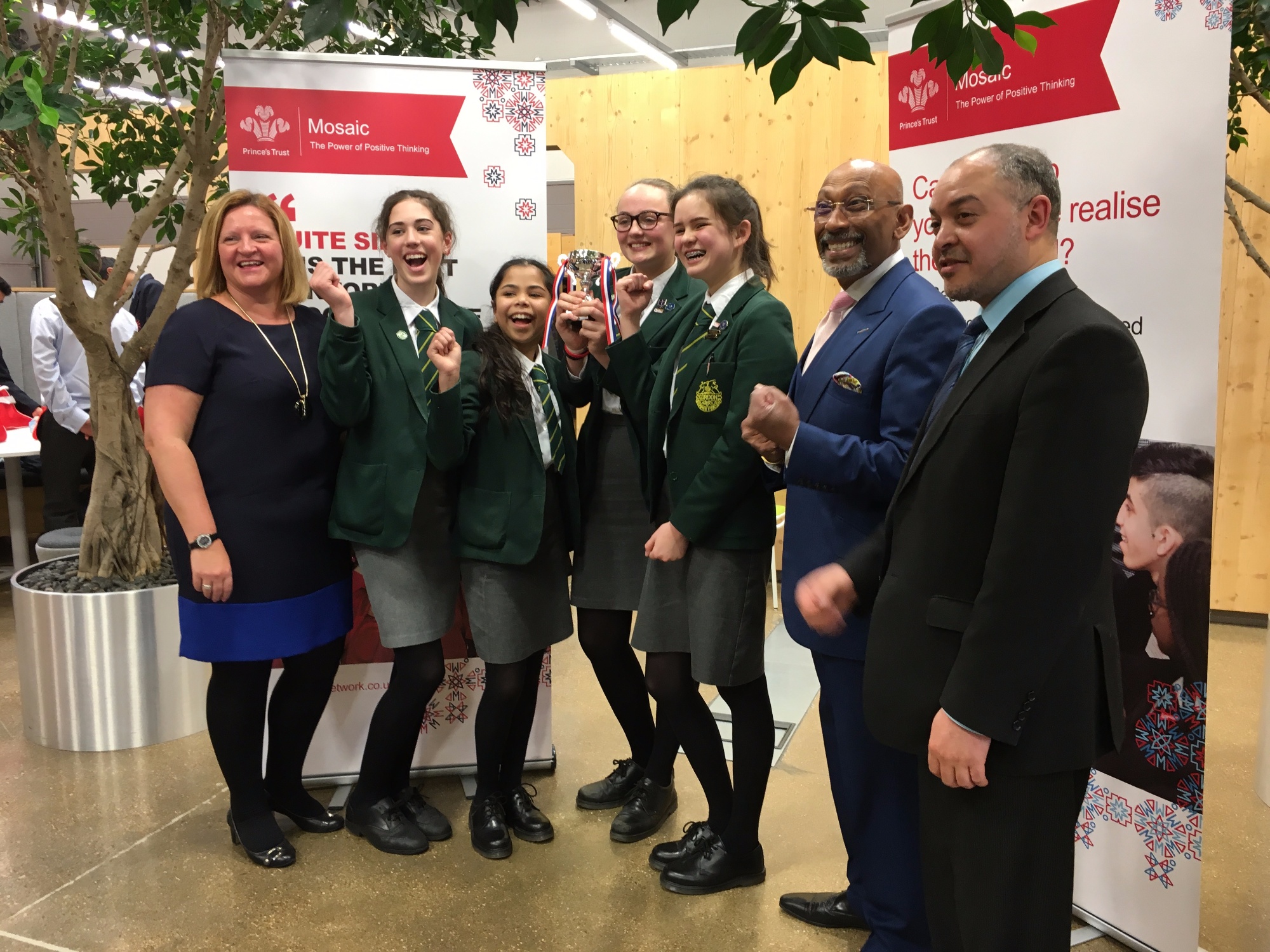 ‘Team Girl Up’ beat stiff competition from teams from Eden Girls’ School in Slough, Rivers Academy in Feltham and Villiers High School in Southall, with their idea for a confidence-boosting transition training programme for girls in their final year of primary school. All finalists had beaten hundreds of students from other schools across the region to reach the final.

The competing teams pitched their ideas in a Dragons Den-style event to a prestigious panel of judges including Catherine Marchant CEO of Bright Ideas Trust, Dowshan Humzah, executive ambassador at Board Apprentice, Mohammed Marikar of RBC, Samantha Maurice of M&S and Marklew Rice, head of management at Al Rayan Bank.

Team Girl Up featured Year 9 students, Lottie Henden, Sarah Mardani, Rhea Patel and Charly Tyson. They said: “We are thrilled to have won the regional final. It was a great experience that definitely improved our confidence and made us believe that we can do anything if we put our minds to it! The Mosaic Enterprise Challenge will certainly inspire future generations of business entrepreneurs such as us.”

Team Girl Up will now progress to the Enterprise Challenge Grand Final in London on 17th May where they will compete against winning schools from the North West, West Midlands, London, Yorkshire and Scotland for the chance to become national champions. The overall winning team will win a prize of £2,500 for their school plus a further £500 to invest in developing their business idea and making it a commercial reality.

In further enterprise news, our two Year 10 Young Enteprise teams competed in the North Surrey Regional Finals on Thursday 23rd March and received honourable mentions for the best video advert and trade stand (Team Spyce), as well as for best presentation (Gordon’s Ghekkos). Well done to students from both teams for their efforts with this.