Molly came 5th in the NSEA Jumping With Style National Plate Championships. This championship is for those who came 3rd or 4th at a qualifying event. There were almost 200 riders from the South East in the class that Molly qualified at.

"Jumping with Style" classes get judged not only on how many poles they knock, but also how they ride the course. They look at the riders position, the way they control the horse, the partnership they have, as well as the fluidity and rhythm. There is an optimum time and the rider will get a time fault for every second they are over or under it. The first half of the course is comprised of show jumping style jumps whereas the second half is made up of cross country/rustic style fences and the rider is expected to demonstrate the two different riding styles relating to the different style jumps.

Nerves got the better of Molly as Jed certainly felt them and on approaching some akward jumps he stopped; a reminder that there are two hearts and two brains to get around a course. This meant they got four faults and incurred time faults. However, to still come 5th demonstrates the fact they got very few style penalties. To make it even better the 5th place rosette was coloured Victoria House pink, which definitely cheered us up, but actually there was a lot that Molly learnt from that class so we weren't going to be too defeated!

The following class we entered for fun as we had travelled over two hours to get to the championship class and we thought we might as well stay a few extra hours for the Eventers Challenge Class, but Molly didn't know it was a qualifier for the National Championships at Hickstead!! 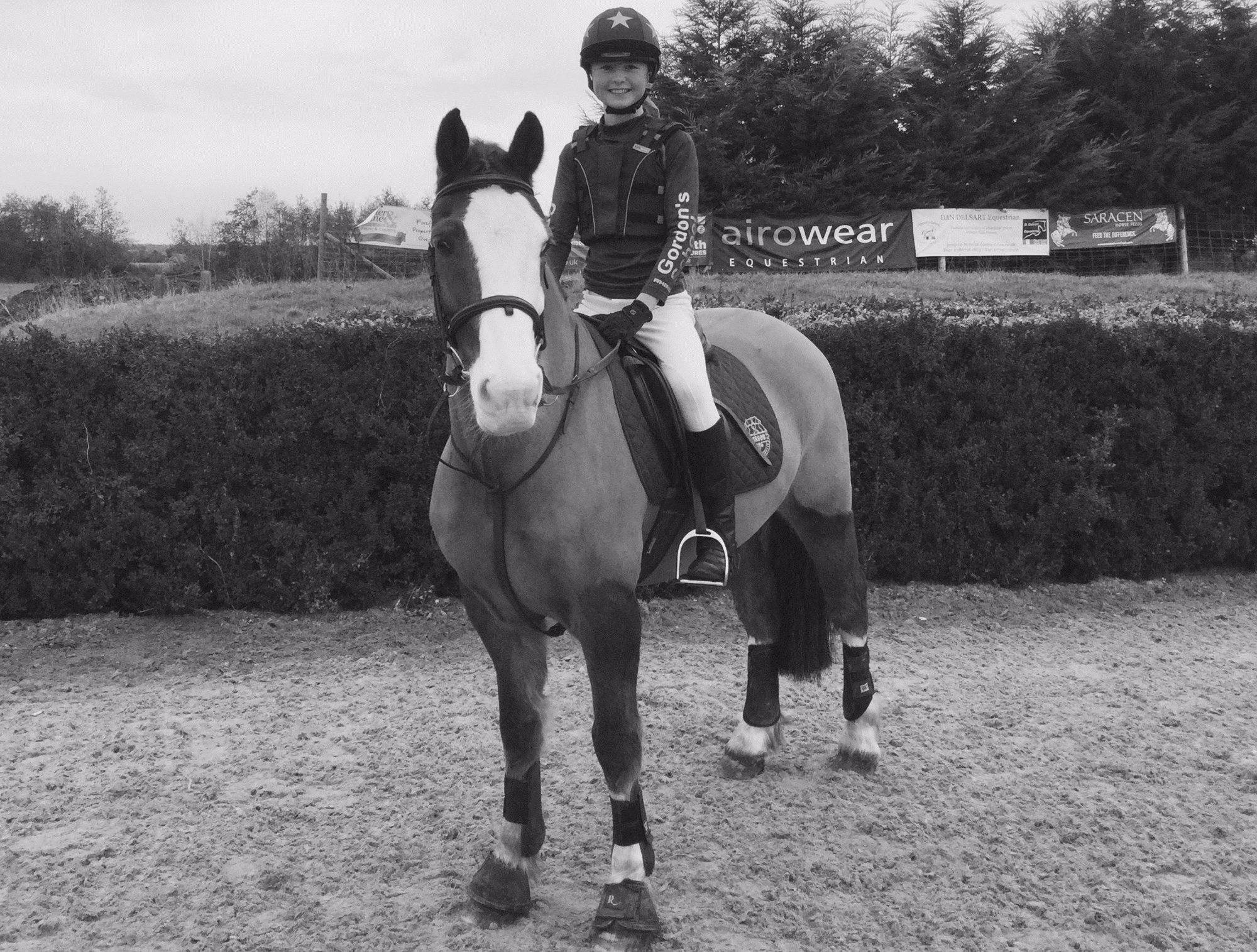 We were allowed to spend 25 minutes walking the course for this class, a luxury as normally we only get 5-10 minutes, but we used every second of it. We spent a long time walking one particular line which was really challenging and meant jumping a big jump on an angle. We also looked at every corner they could cut and every line they could take. She took them all, she took the risky lines, jumped the awkward angles and completed the course without a single fault. But, we didn't know the optimum time so it might all be irrelevant. We knew she had to go fast but not sure how fast! As they were reading the 6th, 5th, 4th places outwe began to feel she wasn't coming home with a rosette, then we heard her name called for 1st! It was then that she discovered this meant she had qualified for Nationals at Hickstead!!

Arena Eventing in it's various forms is definitely Molly's niche, but there is so much potential in this pairing. Winning an NSEA Jumping class is an unbelievable achievement in itself so we are immensely proud of Molly just for that!

Don’t forget that you can follow the adventures of the Equestrian team, see more photos and watch videos of each round on our facebook page.