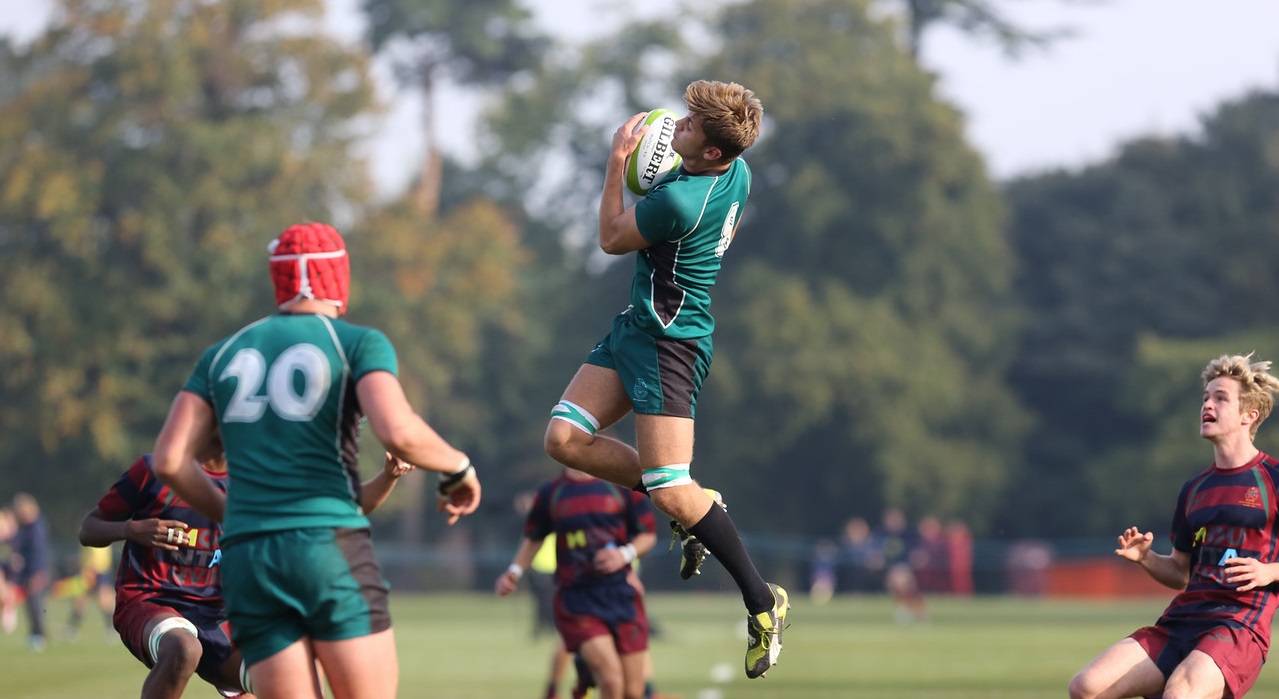 For the second time Gordon’s had been invited to take part in the prestigious National School’s Rugby Festival in Ipswich, which takes place over 2 days. The invitation had come as a result of the standard of rugby progressing at Gordon’s over the last ten years and some considerable success in the last three years.

Training for the Festival began with preseason training at the start of the Autumn Term to ensure that the squad was well-prepared to participate in a competition of such a high level. All of the boys were nervous and excited in equal measure at the prospect of competing against Independent Schools with strong rugby tradition and prowess, including the likes of Dulwich, Millfield and Hampton.

The squad arrived in Ipswich on the Friday afternoon and had a final training session and familiarisation at St Joseph’s School before a team meeting in the hotel, and then a team meal at Pizza Hut.

Our first game on Saturday was against RGS High Wycombe, winners of the SBF U18 Festival this year. We made a strong start and shocked the opposition with some intelligent territorial play and direct ball-carrying to go in at half-time tied at 6-6. Unfortunate injuries to key squad members allowed RGS to pull away in the second-half and ran out eventual winners, however the boys were optimistic for the rest of the tournament. Next up was Merchiston Castle who had an impressive backline that could move the ball from one wing to the other seamlessly. Our final group game on the Saturday was against Whitchurch, a physical encounter and the boys put in a spirited performance.

Due to our results on the Saturday we went into the Plate Competition.  Our first match was at 0830hrs against Hampton. The injury count was apparent in this game however the boys fought to the very end and never gave up. Hampton went on to win the Plate trophy. We met RGS Newcastle in our second match of the day where the second-half performance demonstrated the progress they had made over the weekend. Although the score line did not reflect this, at times, Gordon’s had RGS on the ropes. Our last game of the weekend was against Eltham. This was by far our best game of the weekend and we ran them very close after a superb team try.

Overall, the boys hugely enjoyed the experience and have learnt a great deal about themselves both as individuals but also collectively as a team. They should all be incredibly proud of the character and effort that they showed time and time again when faced with tough opposition. This experience will undoubtedly transfer to our local league, the NatWest competition, and the years to follow. It was an honour to be invited to St Jo’s Festival and the Gordon’s School boys were a credit to the School both on and off the field.