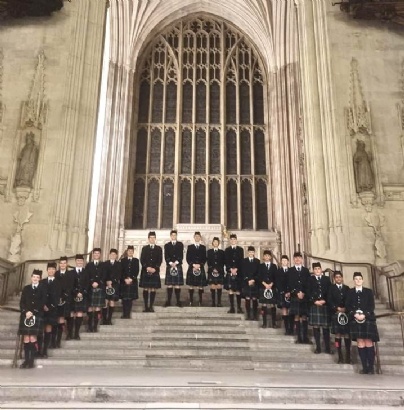 More used to playing a little further along the road at the annual Whitehall Parade, the Pipes and Drums (shown here on the steps of Great Westminster Hall) had the privilege of playing at 494 Fighter Squadron's (United States Air Force Europe) Dinner Night at Parliament on Friday. An exceptional evening all round was made even more special with all members of the Pipes and Drums being presented with a unique Commander's Coin by the Commander of 494 Squadron, also known as the Mighty Black Panthers.