Proud to be included in The Queen's Green Canopy (QGC) map (click here to see) for the Jubilee tree planted outside the Chapel after the Patron’s Parade in June by two of the school’s then youngest students, Sophie Wallace and Annabelle Hayakawa – both born on August 31st 2010. The Liquidambar styraciflua ‘Worplesdon’ is a beautiful addition to the school grounds, particularly in the Autumn with its orange/red leaves, and is a living legacy to The Queen, who was the School’s Patron. The girls also buried a time capsule nearby containing a science project on what scientific advances had been made during Her Majesty’s reign. 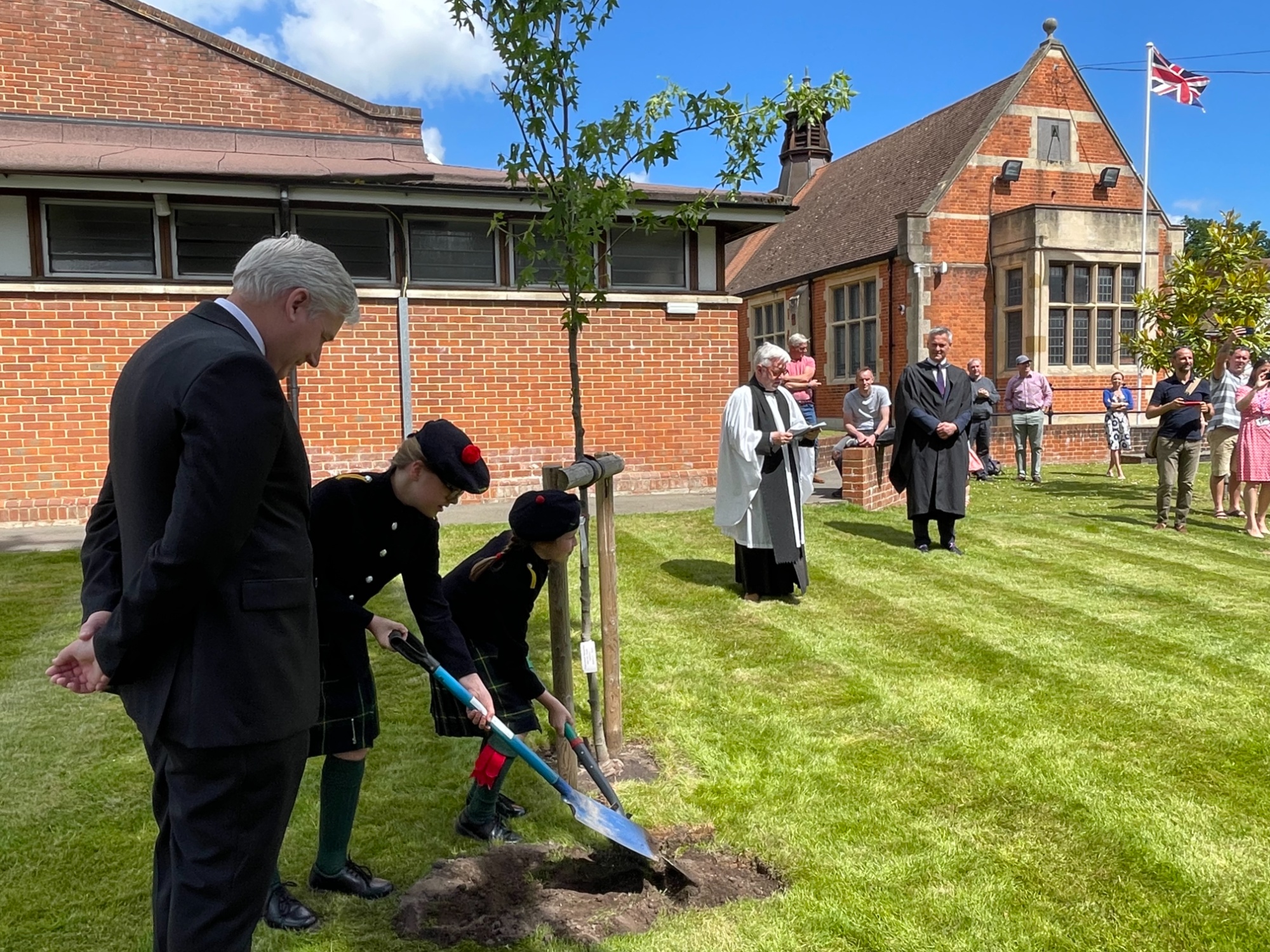