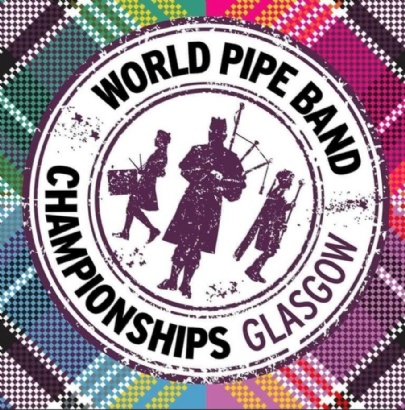 In less than a year they have taken part in the Armed Forces Day Military Convoy, Surrey Police Pass Off Parade, Remembrance Service at Menin Gate, Ypres and played alongside the 10 Queen's Own Gurkha Logic Regiment Pipes and Drums (and the Red Hot Chilli Pipers) to name but a few. At the weekend the Pipes and Drums, celebrating their 80th Anniversary this year, set their sights on the international stage for the World Pipe Band Championships in Glasgow. Competing against the best from across the globe, our Pipes and Drums took 13th place in Novice Juvenile B in their first ever appearance at the prestigious event. Their Senior Pipe Major Iona Scotson enthused: "What these students achieve in such a short space of time, is amazing. Some have only been playing for three years; so to be able to come up to Glasgow and compete at this level is something they should be so proud of! However the result isn't what matters. What matters is the courage, diligence and teamwork in preparation to even step up to that line in the arena. But more so, that they have fun doing what they're doing, make memories they can cherish for a lifetime and relish friendships that develop and strengthen along the way. And I hope that in some way or other, this trip has inspired them in their piping and drumming and shown them how diverse and fun the Pipe Band world, in all its different strains, can be; so much so that they continue with it later on in life."