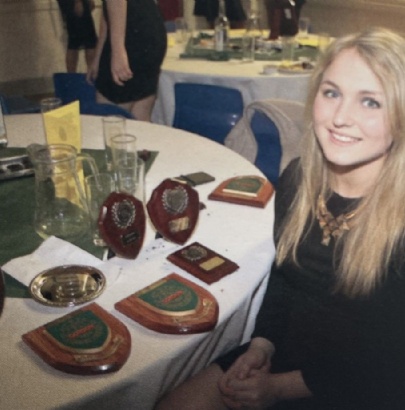 Gordonians have helped England get off to a flying start at the Commonwealth Games in Birmingham. Eboni Usoro-Brown and her team defending their netball title, beat Trinidad and Tobago 74-22 in their opening game. Meanwhile Ellie Boatman (pictured above) scored a stunning four tries in the first half of England’s 57-0 win against Sri Lanka in the Women’s Rugby 7s. Ellie, a former Kensington House student excelled in sport during her time here, playing for the netball team, captaining the hockey team and riding in the equestrian team. Olympic gold medallist Hannah Russell OBE, competing in her first Commonwealth Games, finished in the silver medal position in the Women's 50m Freestyle S13 final.

We wish them all the best of luck in the Games.

For more information on their time at Gordon's and for other Gordonian achievers, please click here.