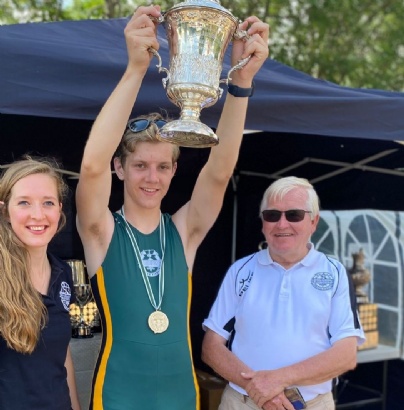 The smile says it all. A cup win at the Staines Amateur Regatta in the Junior 16 sculls for James Gibson. The plucky rower who has been unable to compete until now - or even train since May - due to an injury at the start of the year, more than made up for it in Staines today! Fellow rowers were equally delighted at his success in his first race as while he was unable to compete, he has cheered them on from riverbanks as they represented the school’s boat club. Congratulations James!