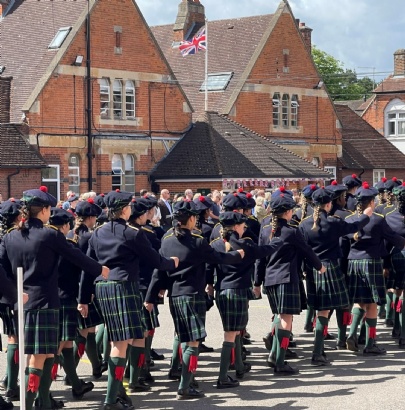 Celebrating our Patron, HM The Queen’s Platinum Jubilee today with the Patron’s Parade. The Parade Square proudly displaying Union Jacks as the Gordon's Pipes Drums marched on playing Diu Regnare ( ‘Long Reigning'), composed by Stuart Liddell for the occasion of the Platinum Jubilee. Leading the Parade was Sergeant Major Isabelle Fleming. The Drum Major was Rose Roberts and Pipe Major Matt Carter. Gordon’s Parent and Trustee of the Gordon Foundation, Major General Angus Fay inspected the Parade. During the presentations to award winners, Major General Fay presented the Sword of Honour and Gardiner Memorial Award to Abigail Hunter-Blanco as the best senior cadet in Gordon’s CCF this year. The award commemorates the life of Daryl Gardiner a Gordonian who served in the British Army and was killed on active duty in Afghanistan. As part of the award, Abigail will take part in a tandem parachute jump with the Royal Electrical and Mechnical Engineers! 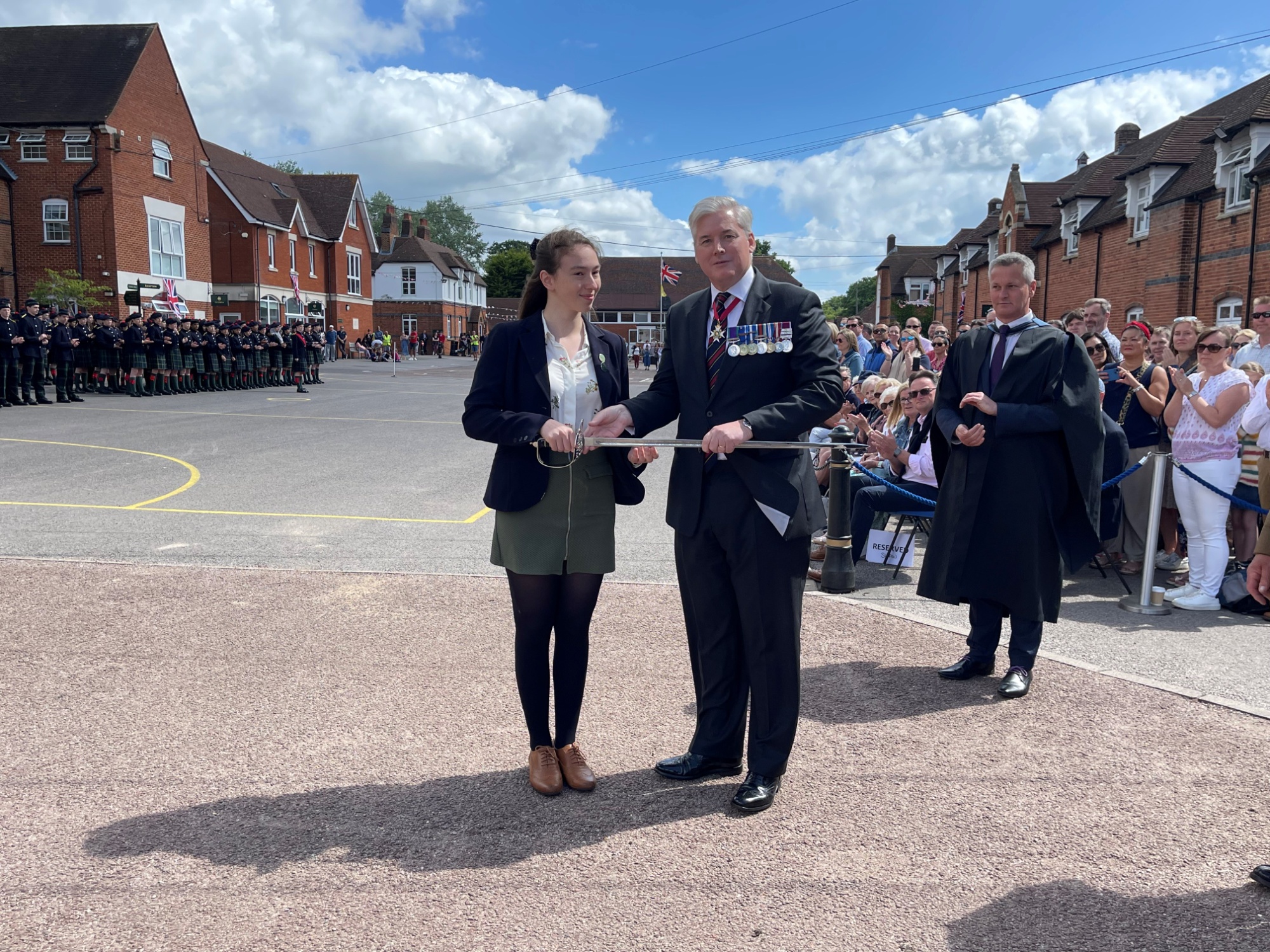 After the Parade, two of the youngest students in the school, Sophie Wallace and Annabelle Hayakawa - both born on August 31st - planted a Liquidambar tree as part of the Queen’s Green Canopy initiative. The two also buried a time capsule containing a science project showing how science has developed throughout HM The Queen’s reign. 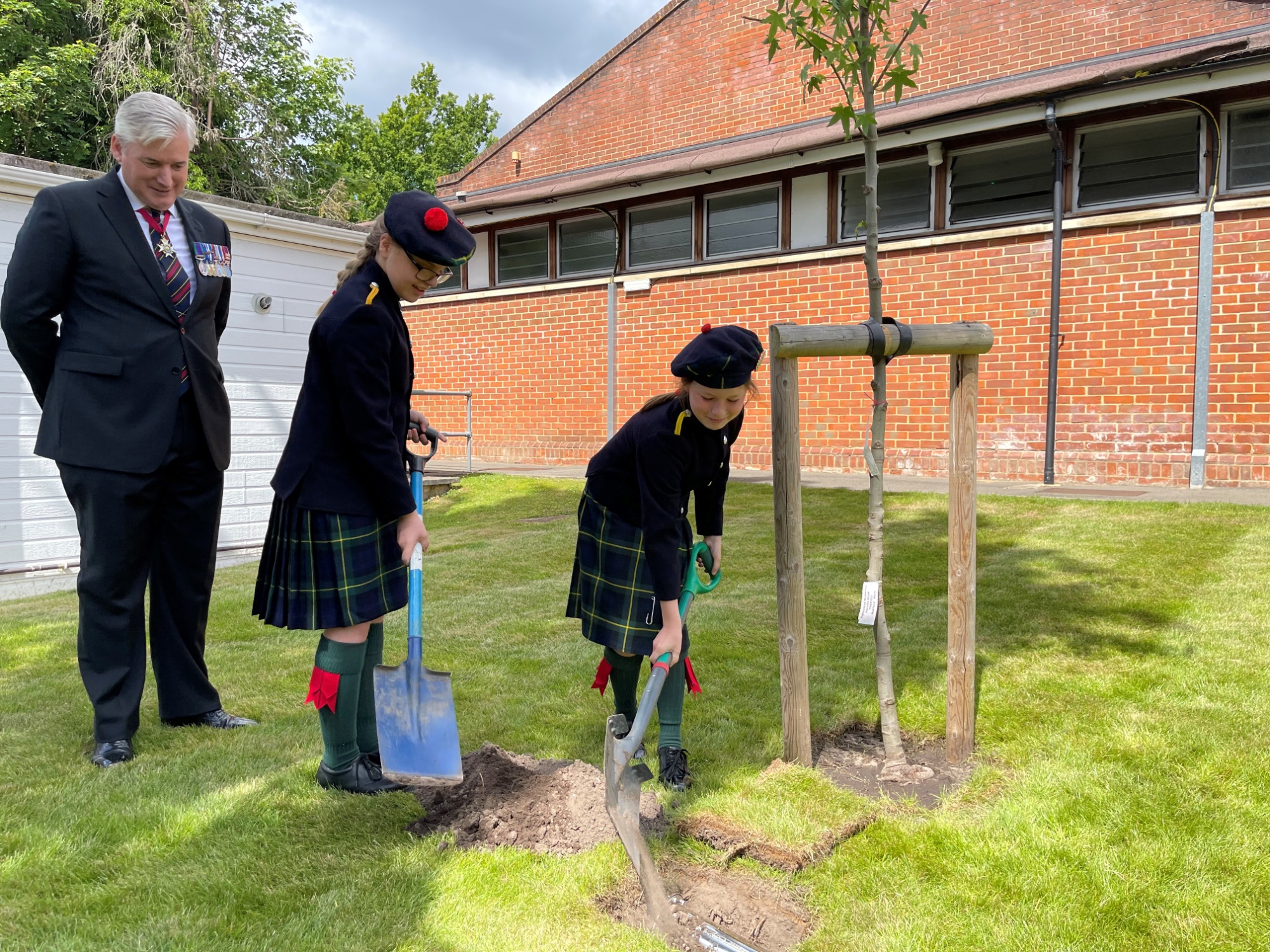 For video of today's Parade, please see below (left) and for a Bird's Eye View see below (right)::