reaching for the skies 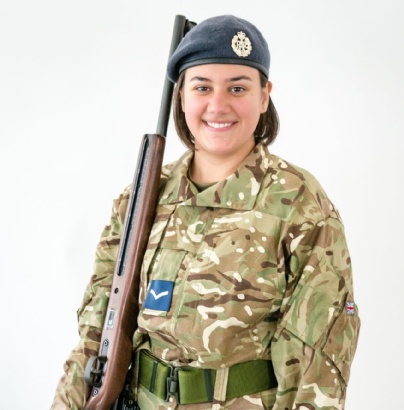 Aged just 17 Leonor Nunes may very well be able to fly a plane before she gets behind the wheel of a car for the first time! For Leonor learned that not only can she wear the coveted yellow lanyard having passed the CCF Instructional Technique Course but she has also just been awarded the ACPS (Air Cadets Pilot Scholarship) by the RAF! “I have always wanted to fly” enthused Leonor, who says she reacted to the news of the scholarship with “disbelief”. The Sixth Form student enrolled in the RAF section of the school’s CCF (Combined Cadet Force) two years ago as a compulsory co-curricular activity in Year 10 and continued on, becoming an Instructor Cadet for the school. She has been gliding in Odiham as part of her CCF but at the end of this month she will travel to Dundee to Tayside Aviation where she will undertake a two week course in flying which will include learning the theory, how to check over an aeroplane and 11 hours of flying with an instructor. All being well - including the Scottish weather - the flying time will result in a solo flight. For further information on the Gordon's CCF, please click here.