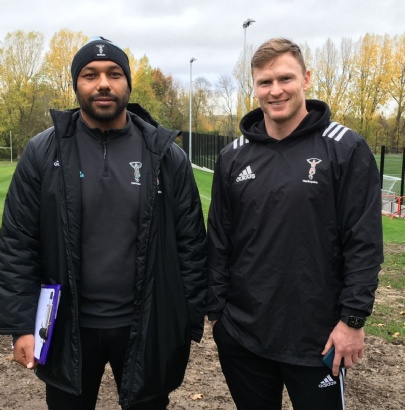 Rugby titans Chris Ashton and Jordan Turner-Hall joined some 70 talented rugby players at Gordon's for the first DiSE (Diploma in Sporting Excellence) Assessment Day. The students, from all over the South of England, were here to show their skills for a place on next year's Harlequins/Gordon's DiSE programme. In a talk to the young hopefuls, Mr Ashton who has played 44 games for England, said his rugby career had followed a pathway similar to those the students were hoping to embark on and that he had known what he wanted to do from a young age and had stayed motivated. When friends were allocated places after trials, "...that was my motivation to get ahead of them". For more information on the DiSE programme, please click here.