A SCRUM OF RUGBY LEGENDS 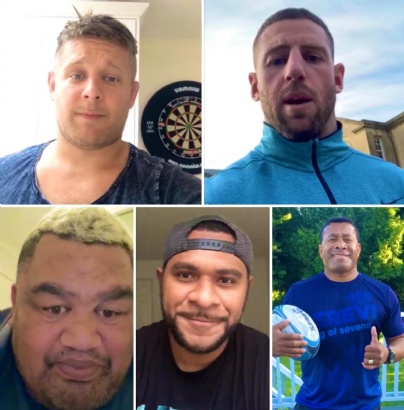 The XV Rugby side celebrating their most successful season ever, welcomed a line-up of rugby legends from across the world at their virtual awards evening this week. The evening of celebrations included Saracens prop Richard Barrington; Wales Rugby, British Lions and Exeter Chiefs Alex Cuthbert; Trevor Leota from Wasps Rugby, who won 30 caps for Samoa; Fijian Rugby Union and Sevens player and Olympic Gold Medallist Jasa Veremalua and the King of Sevens, Waisale Serevi. The rugby heroes congratulated the Gordon’s team on their successes at The Stoop; Seaford College Sevens and South Africa tour and wished them luck in the coming season. Five of the First XV team currently play for their county with the school's Player of the Year, Corum trialing for Wales Under 18s and appearing for Scarlets and Welsh Exiles.