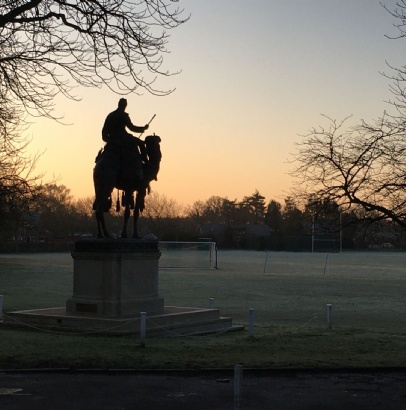 Beautiful, crisp morning for the start of Memorial Weekend in which the school, founded as the national memorial to General Gordon, commemorates his life. Students will leave his statue overlooking the Front Field in West End, Woking for his statue on the banks of the Thames. Those not involved in the Parade have netball and football matches against Lancing College; Reading School and Claremont Fan Court. Tomorrow the annual General Gordon Memorial Service will be held in Guildford Cathedral.