gordon's at the polls

We welcomed Sharon Galliford from the Green Party today as the first of the Surrey Heath Parliamentary Candidates invited to talk to students over this coming election campaign. On Tuesday 26th November Brahma Mohanty from the Labour Party will be here, followed by Michael Gove of the Conservatives on Friday 29th November and Alasdair Pinkerton of the Liberal Democrats on Monday 2nd December. All the candidates will be speaking at 12.50pm in the Library, with the exception of Mr Gove who will be in The Rec. We have five representative students of each of the Parties and they will be vying for votes in the lead up to the General Election when all students and staff will be invited to vote in the Rec. Please see below for list of dates, times and locations: 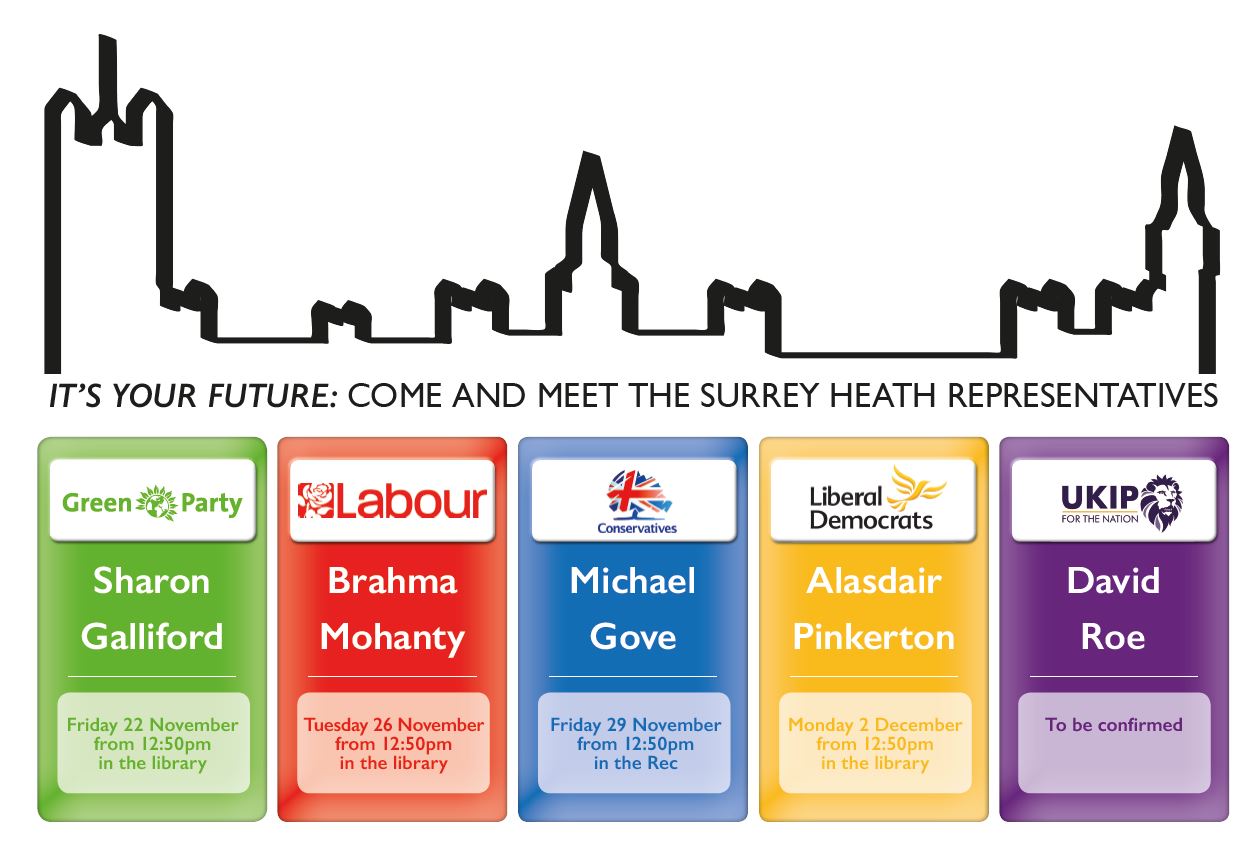