on tour in liverpool 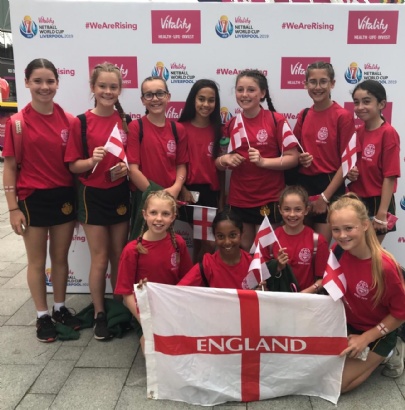 No prizes for guessing who our students were supporting in the Netball World Cup! Their three day tour to Liverpool involved cheering on the home team (especially Gordononian Eboni Usoro-Brown nee Beckford-Chambers) at the Echo Arena for the World Cup and putting their own skills to the test in a series of games. One of their highlights was meeting four members of the England team, including Fran Williams who remembered playing against Gordon's! All are looking forward to their next netball World Cup trip to South Africa in 2023.