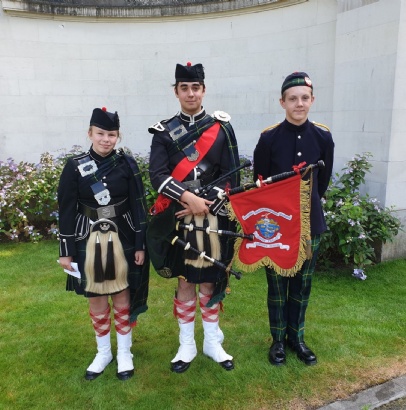 Proud to be a part of the Brookwood Last Post Association's Remembrance Service at Brookwood Military Cemetery yesterday. The service is held on the first Sunday of every month and while the school used to send the Pipe Major to play a Lament, this sadly dwindled out. Now this has been rekindled and our Pipe Major Ed Lee played the Lament during the service. Not only was this the last engagement of the year for the Pipes and Drums, it was the Pipe Major's final event with the Pipes and Drums after a seven year career at Gordon's and in the Band.