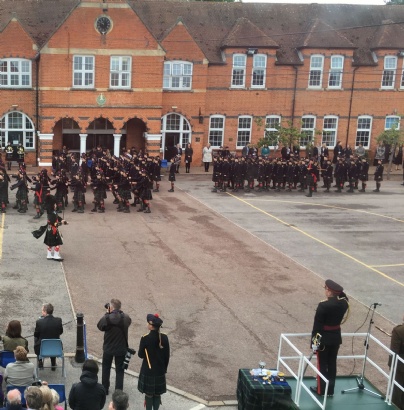 The annual Patron's Parade was held at Gordon's on Saturday to honour our Patron HM The Queen on her official birthday. The school was founded in 1885 as The Gordon Boys’ Home after Queen Victoria insisted that a fitting memorial be created in General Charles Gordon’s honour. Queen Victoria was the first in an unbroken line of Sovereign Patrons. Inspecting Officer of the Parade was Colonel Colin Francis, Regimental Colonel of the Royal Logistic Corps and a Gordon's parent. Leading the Parade was Head Boy Oliver Henderson.