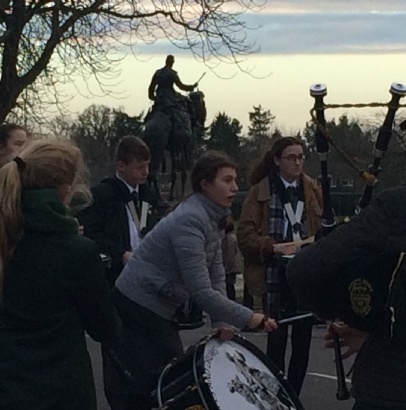 The Parade Square at Gordon’s today. Whitehall tomorrow. The Pipes and Drums next to the statue of General Gordon in West End, Woking having one last practise before the Parade through London to commemorate General Gordon’s life. Gordon’s is the only school in the country permitted to march along this iconic central London venue, a proud tradition that is an integral part of the school's history. Best of luck to all those taking part tomorrow at Whitehall and the following day at Guildford Cathedral.