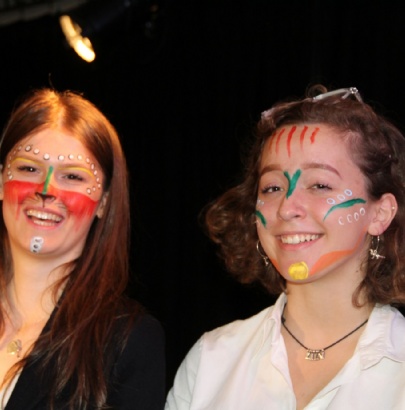 A peek into how Rowena Hulme, Worldwide Associate Hair and Make Up Designer from the Lion King makes her transformations. The event, at Gordon’s was followed by the first career talk of the year which featured Ben Heathcote who is currently performing in the hit West End show. The two of them talked about a career in theatre, music, film and television, giving students an insight behind the scenes and how to progress into this exciting but also a highly competitive industry.