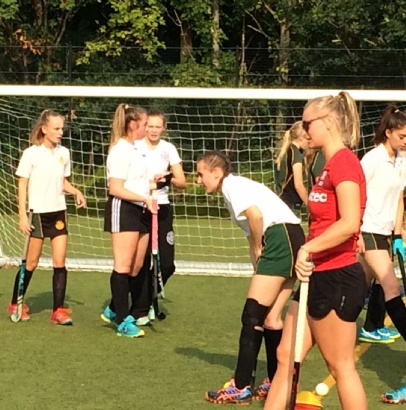 Pre-season training kicked off this afternoon at Gordon’s in Rugby, Hockey, Netball and Football. While the rugby players were put through their paces by Harlequins coaches Ed Bowden, Theo Rhodes and Adrian Silvester, the hockey teams were treated to a masterclass with Team GB’s Kathryn Lane. Kathryn, who plays defence in the women’s hockey squad, appeared at her first Commonwealth Games on the Gold Coast, winning a bronze medal. Last season the school’s 2nd XI finished second in the Super League and three students were selected to play for Surrey Hockey.