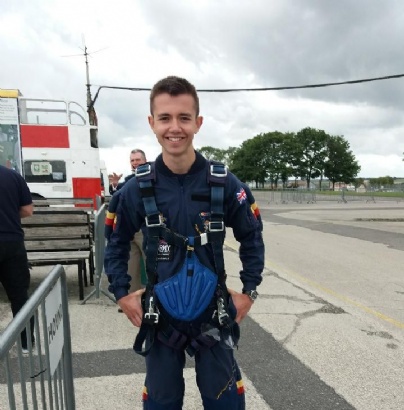 CCF Cadet Dan Farrow ready for his parachute jump at RAF Netheravon, Wiltshire. He was awarded the Gardiner Memorial Award in June, which gave him the chance to tandem parachute jump with the Royal Electrical and Mechnical Engineers. Daniel, who earned a Flying Scholarship with the RAF, was also awarded the Sword of Honour as the most successful Gordon’s CCF Senior Cadet.