Students recall their experiences from the DofE Gold Expedition to Norway 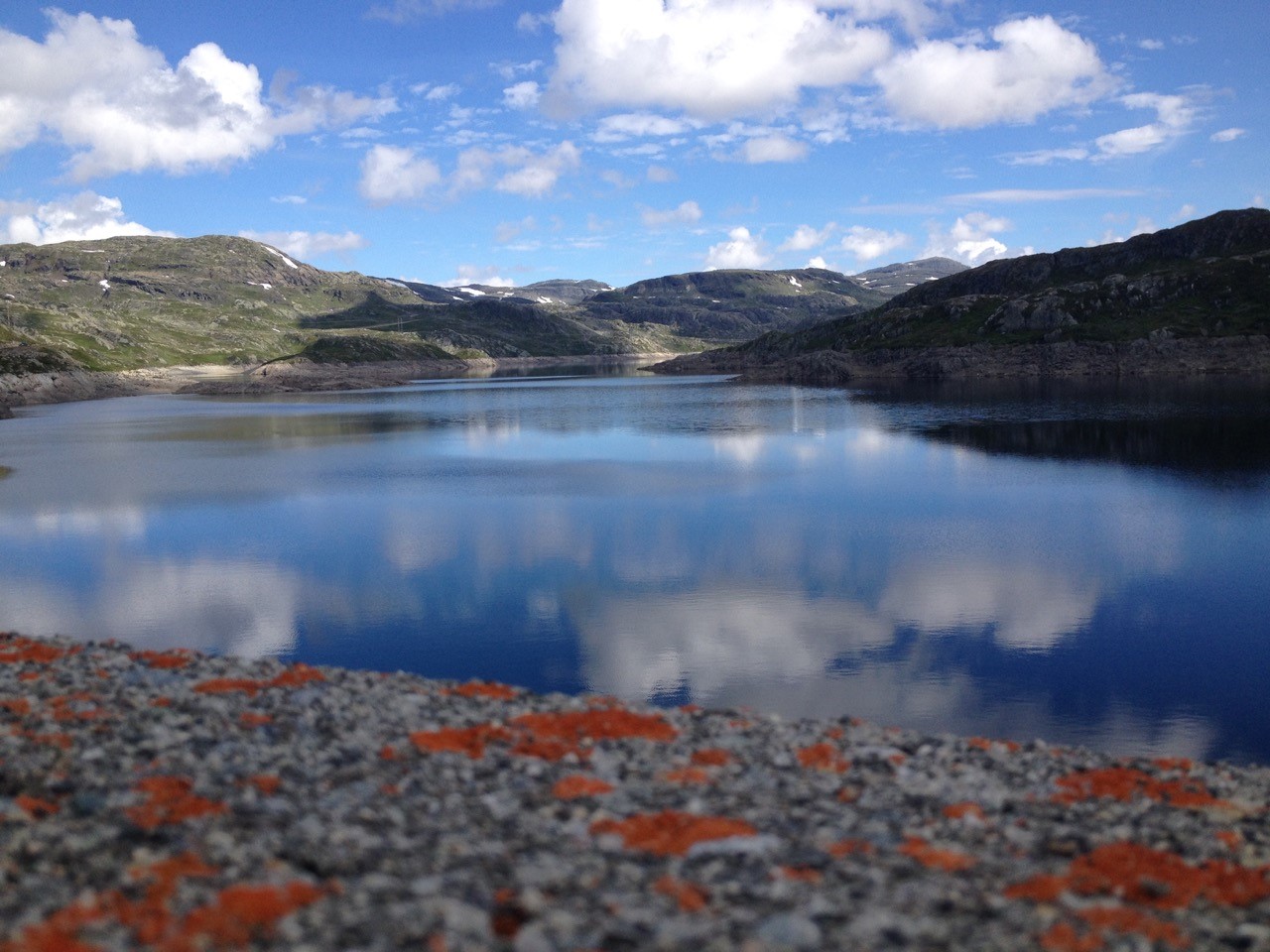 In July 2016, myself and fifteen of my peers travelled to Norway to begin our Gold expedition. The previous week we had completed a practice expedition walking through Brecon Beacons in South Wales, we enjoyed fantastic sunshine and great views, especially when we summited Pen Y Fan on the third day. We arrived in Norway and week later and spent the first night in the Hovden Fjellstoge, a very nice hotel situated in the town where we began and finished our expedition, for the expedition we had to walk for five days through the Hardangervida Mountain Plateau national park.

The first day was slightly overcast, but the temperature was mild and ideal for walking. During the first day we had a short walk of six kilometres to the first campsite, which was a small field situated by a river. The next morning, we woke up to rather wet tents since there had been a thunderstorm during the night. However, the second day was brilliant, we were bathed in glorious sunshine and walked up steep hills, past lakes and we also climbed over boulders.

The second day was a walk of eleven kilometres and was thoroughly enjoyable. On the third day we settled down for another awe inspiring walk through the fantastic landscape of the area, the walk was of similar distance to the previous day, however during day three we climbed up to about eleven hundred metres above sea level, the highlight of the day was walking over thick snow, even though the temperature was twenty- five degrees Celsius. Day four was more challenging, the weather had closed in and when we awoke the visibility was poor, our leader decided that we would have to elongate our route, in order to make the route safer.  We walked through the rain and a few hours later the sun began to bake us dry, which was a relief, day four was a long day, we walked a total distance of twenty-two kilometres, I enjoyed that particular day very much, because we experienced different weather and terrain. The mood in camp that evening was high, we knew that in 24 hours’ time we would be back in the Fjellstoge eating a home cooked meal.

Day five, the last day, was the perfect end, it was an eight kilometre walk through some very pleasant areas, when we summited the final hill, we could see the hotel and the rest of Hovden, an hour later we were picked up by the leaders and taken back to the hotel. Looking back, I thoroughly enjoyed the expedition, the chance to lead, the views and Norway as a country.

In late July, we went to Norway to complete our Gold Duke of Edinburgh on a five day expedition in the Hardangervidda National Park. Over the course of the trip we encountered different types of terrain - from long stretches of snow to climbing up rocky inclines, whilst surrounded by the picturesque Norwegian landscape. We worked effectively as a team, supporting each other as we took on the challenging distances, especially considering one team member's kit was lost during the flight. Highlights from the trip include: finding a complete reindeer antler; uncountable times felling over; Lizzie's much loved boil in the bag chilli con carne; risky river crossings (often ending in multiple team members soaking) but most importantly the incredible chocolate cake that we had when we got back to the cabins at the end of the trip! We took one final trip into the local town of Hovden before setting off home again. My only wish was that it had been longer!

I really enjoyed my Gold DofE expedition in Norway; the scenery was incredible and the people were really accommodating. It was a challenge but it was so rewarding at the end. I found that the most difficult thing was staying motivated. It was exhausting but definitely more mentally challenging than physically. My team was great; I didn’t really know them before the trip, but we got along really well. It was really fun to navigate ourselves in the mountains, I learnt a lot.

An unforgettable DofE expedition to the Hardangervida. In July 2016 a group of around 18 of us students set out to adventure the Hardangervida national park in Norway. We had spent months and months preparing for this, and even went on a practise expedition the week before in the Brecon Beacons.
On the first day after we had flown out to Norway we checked our kit and started hiking up into the mountains. For the next 4 and a half days, we walked, camped, cooked meals, and observed the wildlife and scenery. Walking through the valleys, up and down mountains, past lakes and though fields and woodlands was incredibly beautiful; we found a pair of reindeer antlers that were around two metres long! It was great!

The trek through Norway was the hardest I've ever attempted, with appropriate reward. The sights were incredible - stretches of lake and snow-capped mountains surrounding a path that was nearly non-existent, stretching our navigation skills greatly. While the work was hard, and there were strains within the team, we came out of it having had a great time and perfectly willing to walk for many days more.

To view more photos from the expedition, please click here.